Before starting with the rehabilitation, the sections were taken out of operation and the wastewater was rerouted. The launch shaft for installing the new pipe system was approximately eight times two meters and reached down to the bottom of the old pipe. Standard HOBAS Pipes with a length of six meters could be easily inserted. The shafts were located at bends or manholes of the old pipeline. Then the old pipe in each entry shaft was cut open lengthwise and used as an insertion guide for the new liner pipes. Pipes were simply driven through manholes that were no longer required, manholes at pipeline bends were replaced with smaller HOBAS Bends or rehabilitated using HOBAS GRP. HOBAS Manholes were connected where needed, while others were adapted or laminated on site. Prior to relining, PE skids were mounted on the pipe spigots to prevent damage to the external pipe wall during insertion, to ensure a safe position and to minimize the floating effect when grouting. Then a liner pipe was inserted in the existing shell and pushed in with a hydraulic jack. The next length was joined in the entry shaft, jacked and so on, section by section. 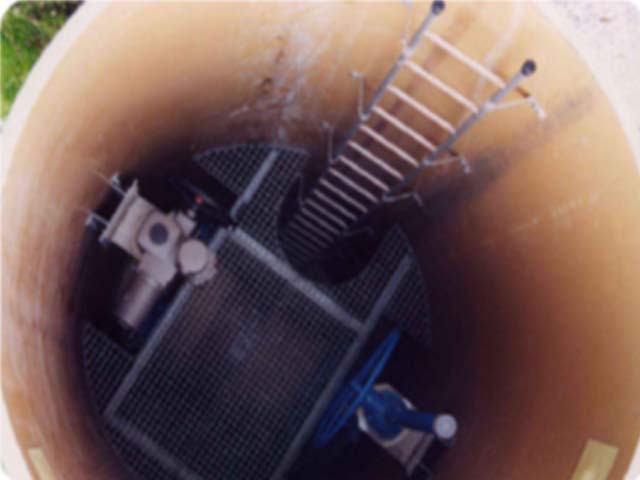