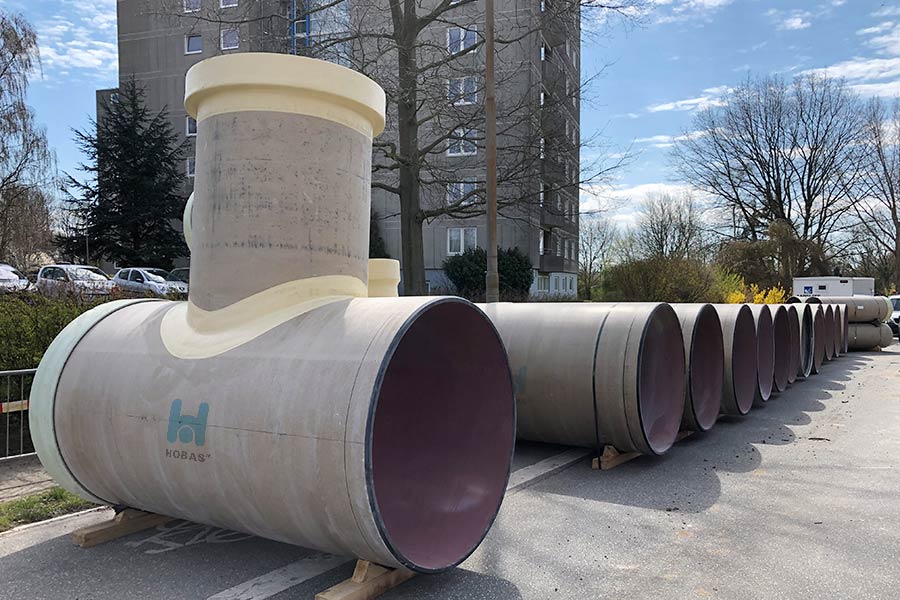 In the town of Fredericia, located on the Jutland peninsula in Denmark, 400 m centrifugally cast Hobas pipes and fittings were installed as part of a major sewer system renovation.

The sewer network in the Danish town of Fredericia is made of clay and concrete, and in several sections the pipe dimensions are much too small to handle the growing amounts of stormwater. As a result, parts of the town are regularly flooded. It was therefore decided to renovate and extend the entire sewer system with a major project running over the next 10 years.

Among the pipe materials competing for the first part of the project were concrete, PE, PP, and GRP. Amiblu won the tender for a number fo reasons, among others the quick and easy installation and the products’ very long lifetime. Approximately 400 m of Hobas GRP pipes DN 1600, including several shafts were installed in open trench. And this was just the beginning: Over the next 10 years, approximately 20 km of Hobas GRP pipes DN 900 to DN 1600 including several shafts are planned to be installed in open trench.