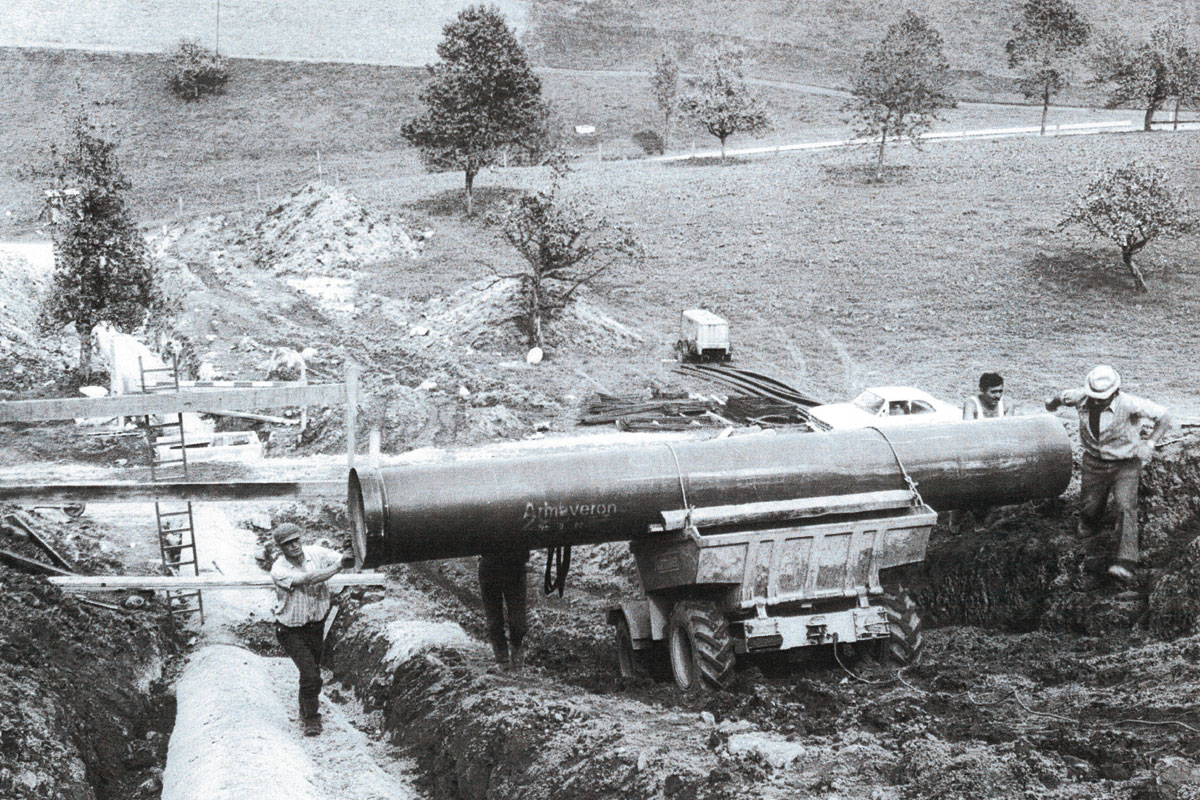 Innovations that occur by chance are often the most successful. Such was definitely the case in Switzerland in the 1950s.

At that time, the Basle dye works were looking for an alternative to the wooden cylinders used for winding round the fabric during the dyeing process. As the wood splintered and became discolored, it damaged the expensive textiles making a replacement urgently needed.

Hoping to find a solution, the owners staged an in-house ideas competition. The rules were that the new material had to allow cylinders of a certain length and specified circular outside diameter to be made, it had to be corrosion resistant, low weight and have a smooth surface in order to ensure uniform dyeing results and also had to be cost effective.

It was by no means an easy undertaking, but the employees at the dye works proved that they could think outside the box. The mechanical engineers in the plastics department built a centrifuge and produced a roller made of glass fiber and polyester resin. Although these materials had previously only been used in the automotive, aircraft and shipbuilding industries, their resistance to corrosion and chemicals also made them ideal for other applications. The innovative centrifugal casting process enabled them to meet the specifications for the outside diameter, as the inside diameter of the casting mold was determined in advance – the new roller for dyeing textiles was found.

Just for dyeing fabrics?
The Swiss, renowned worldwide for their vision and inventiveness, soon discovered that not only the outer surface of the rollers had special properties but also the inner layer displayed unique characteristics.

One thing led to another and the first centrifugally cast pipe made of glassfiber-reinforced plastic (GRP) was produced in 1957. The Swiss initially manufactured rollers for their own use at the dye works and patented the production process shortly after.

It was not long before the first external application in the form of pipes followed in 1961. In the Binn Valley in the Swiss canton of Valais, Gommerkraftwerke AG was seeking a suitable material for a pressure pipeline to their hydropower plant. When they heard about the excellent features and low weight of the centrifugally cast GRP pipes bearing the company name at that time, ARMAVERIT, it was soon clear what material they wanted for the three-kilometer-long, very steep sloping DN 1000 pipeline. The pipes were green inside and joined with bell sleeves.

Today, plant director Bernhard Truffer is still highly satisfied with the HOBAS Products, “especially when you take into consideration the very low wall thickness of 7 mm for a diameter of 1000 mm. What’s more, the pipes neither had ideal bedding nor were they installed or grounded properly”, adds Truffer extremely pleased with the experience that the company has had with the pipes over the past 57 years. 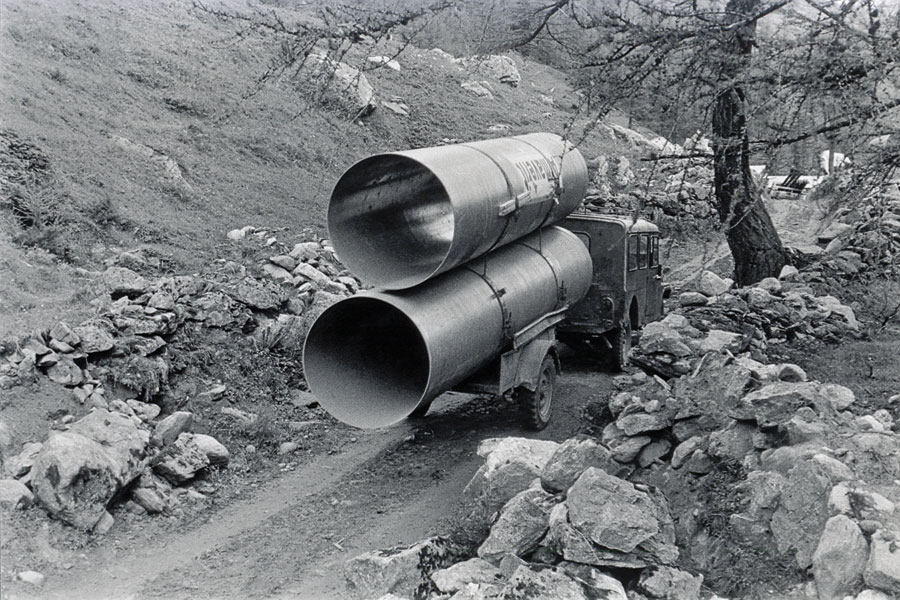