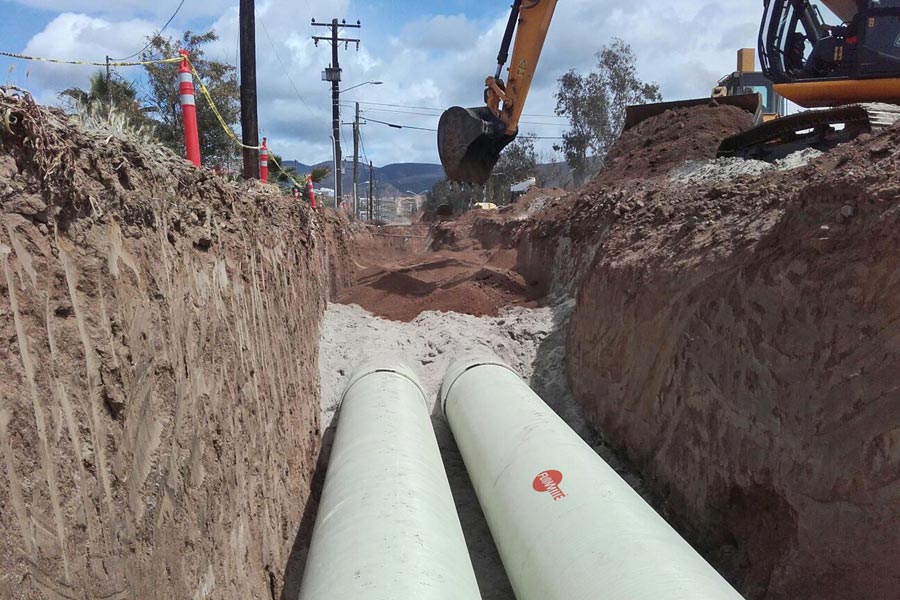 The newly built Ensenada Desalination Plant provides valuable drinking water for the inhabitants of the Mexican coastal city. Amiblu designed, supplied and installed the required piping for this sophisticated application and fully supported the client with thorough analyses, performance tests, and customized accessories.

250 liters per second, 21.6 million liters per day: That’s the amount of ocean water the new desalination plant in the Mexican city of Ensenada converts into drinkable water for the local population. It does so by means of an approx. 12.5 km long pipe network, which is installed both underground (10.7 km) and above ground (1.5 km) and customized to make the plant work with maximum effectiveness and efficiency. The client, Comisión Estatal de Agua de Baja California, chose Amiblu to design and implement the sophisticated pipe system for a clear reason: They needed a perfectly reliable, high-quality network with a long lifetime, supplied as turn-key solution. The economic and social costs of one hour with no water production would in fact be higher than those of the entire GRP product range installed in the plant.

Amiblu designed and supplied 2670 m of uniaxial Flowtite GRP pressure pipes DN 1000 and 8100 m of DN 500 for underground installation. The pipes DN 1000 transport the salty brine from the desalination plant to the sea; the pipes DN 500 convey the processed water from the plant to a water tank from where it is distributed to Ensenada’s households. 1500 m of biaxial Flowtite GRP pipes and fittings with vinyl ester (VE) liner (DN 25-800) were delivered and installed above ground. These pipes were painted according the requirements of the client and in order to distinguish the different phases of the desalination process.

In 18 months of highly dedicated work on site in Mexico, the Amiblu team also conducted stress analyses and hydraulic tests, provided isometric drawings and lamination kits, supplied all required accessories such as bolts, nuts, washers and EPDM gaskets, and organized the adequate painting of the pipes according to the project requirements. On June 11, the desalination plant was officially inaugurated by the President of Mexico Enrique Peña Nieto, and on July 9 it started operations. The plant increases the water supply by 33 percent for the city of Ensenada. 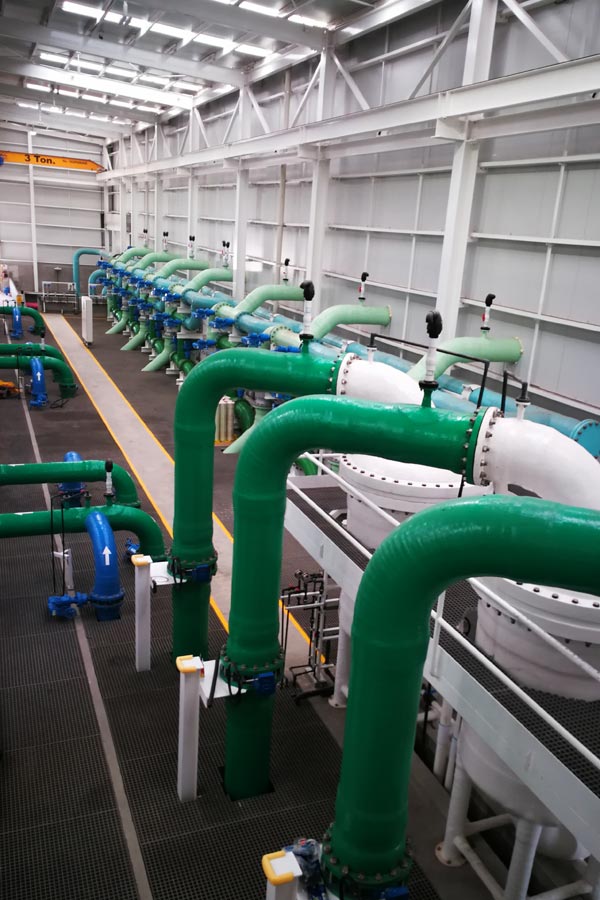