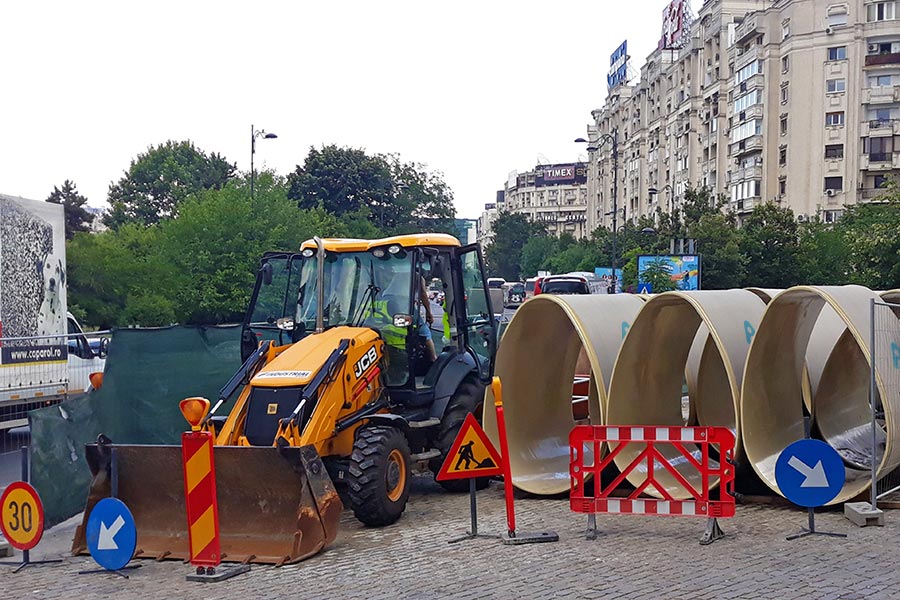 In Romania’s capital, 5200 m of Amiblu NC Line pipes and 63 m of circular Hobas pipes were installed via relining to renovate an aged brick sewer system. The project is part of a large initiative to modernize Bucharest’s entire sewer system.

From 25 to more than 100 years: That’s the fairly advanced age of the sewer system of the metropolis Bucharest. It was therefore decided to renovate the extensive system step by step in order to increase its efficiency and reliability. One of the sections to be rehabilitated is a particularly challenging one: near the Parliament house and old town, where space and accessibility are limited. Conditions that called for a special approach – and the perfect solution was found with Amiblu.

After thorough technical considerations, a contract was signed over the supply of 5200 m egg-shaped non-circular GRP pipe profiles in a range of cross-sections. Within almost two years, six out of seven sections of the aged sewer were successfully relined with Amiblu NC Line pipes – each with profiles of a different width (780-1700 mm), height (1200-2550 mm), and wall thickness (14-24 mm). The seventh and last part is currently being supplied and shall be installed by end of 2019. Another 63 m of circular Hobas GRP sewer pipes were also installed via relining. Once finished, the rehabilitation project will improve environmental protection as well as the safety of Bucharest’s water and sewer system and reduce its overall operating costs considerably. 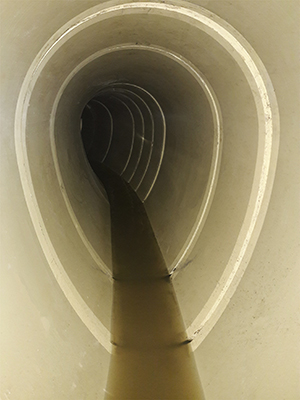